How Not to Install an Operating System

I hate it when software triple-checks you before performing a potentially risky operation. Operating system install tools are especially bad about this. Sometimes, they prevent you from installing the OS altogether.

Of course, this is a parody, and I can’t think of a reason why anybody would want to run a program whose name implies that it can set things on fire…

In any case, I don’t know what the developer was thinking when they wrote the piece of code to get user confirmation over 9000 times. I do know this: each time I encounter a program with similar behavior, it frustrates me.

I obtained an old server a while ago and decided to finally set it up. Almost every peripheral device it has does not work (CD drive is bad, floppy drive is bad, can’t boot from USB). Suffice it to say that I had to do some acrobatics in order to install the latest version of Arch Linux on it.

At the very end of the install, GRUB decided to pitch a fit:

Don’t talk back to me, GRUB. I know what I want. I’m sure this error message was printed to the screen with the best of intentions, but I assure you, I know what I’m doing. The disk might have previously had an ISO on it, but it isn’t there anymore. # sgdisk -Z /dev/sda took care of that, right?

Ahem. We’ll just slap some –skip-fs-probe in there, and

How nice of you grub. You just gave me that same error message, only this time it is completely useless. Well, the switch for “please destroy the filesystems, I know what I’m doing” doesn’t work. It’s time to put in some elbow grease. In this case, elbow grease is otherwise known as my old buddy, the –force switch.

By this point, I’ve spent entirely too much time getting the dang thing to boot, and I certainly don’t want to research the iso9660 filesystem to find whatever remnants it left on my hard drive…

I wipe the disk completely, and run through the install process again to find that GRUB is happy with my newly zeroed disk. No complaints, great success.

Use a program like dd or wipefs to remove all filesystem signatures from the disk.

I rarely use optical media these days, so in place of a DVD drive, my laptop has an adapter which accepts a SATA drive. This allows me to dual boot easily without having to worry about windows overwriting my bootloader on the other disk.

However, while installing Windows 8 on the second disk, the installer pulled one over on me: 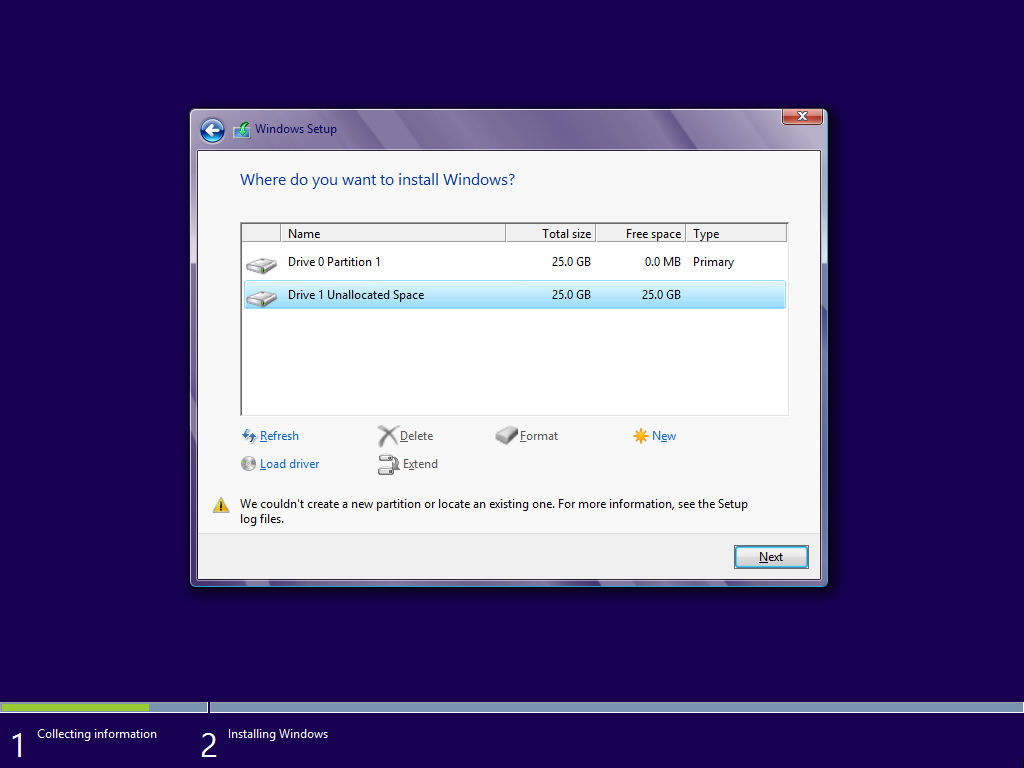 Here’s the relevant portion of setupact.log that explained why the Windows installer wouldn’t let me install to my second hard drive:

The drive I want to install Windows to is not the computer’s boot disk. You don’t say! I don’t quite understand why this is a criterion for installing an operating system. I’d like to selectively boot into Windows when I want, and let it default to Arch otherwise. Why is this difficult? I understand that installing Windows is a multi-reboot process. When the installer says something like, “Your computer must be restarted to continue installation”, I know that I should boot from the Windows hard drive, and not the other one. 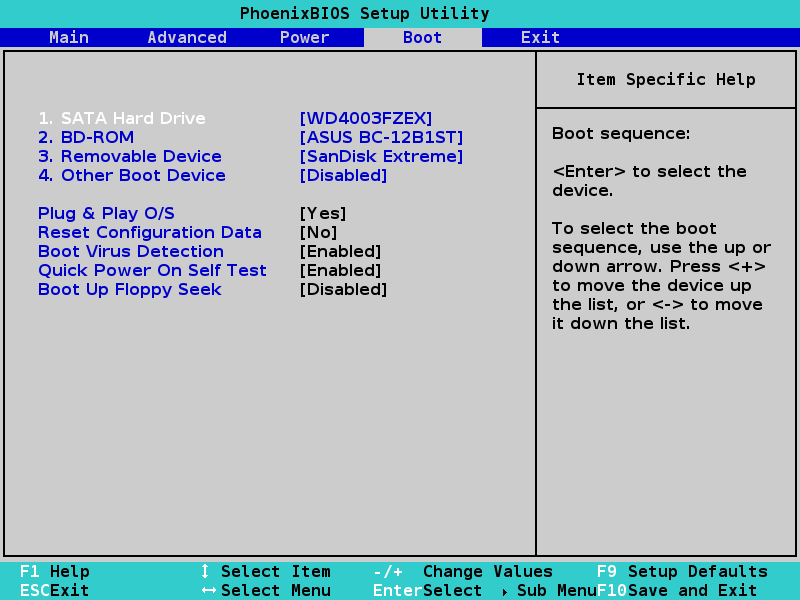 Anyway, setting the second hard drive as the ‘boot’ drive in the BIOS allowed me to continue installation. It also allowed me to remember why I stopped using Windows as my primary OS.

Set the install drive as the boot drive and/or temporarily remove other disks while re-installing. Sometimes, fighting with Windows is a fool's errand.

Tom enjoys playing PC games and tinkering with electronics. He loves learning about all things related to technology. His favorite GNU/Linux distribution is Arch Linux.

Enjoy this blog or find it useful? Please consider supporting it.

Get notified of new content by subscribing to the official Atom feed.